Bengal cats are loved for their striking and unique coat markings. Cat lovers and cat enthusiasts love them because of their unique and striking coat markings. They are also intelligent and agile and have large muscles. There are some restrictions regarding the ownership of a Bengal cat in America. It is illegal to have one in certain states if they are less than four generations from their wild ancestors.

Yes, Bengal cats can be legally imported into the USA, Europe and Australia. They must be at least five generations removed from their Asian Leopard cat ancestors. This breed is banned or illegal in certain states and cities of the USA, regardless of filial stage, including Hawaii, New York City and Connecticut.

Why Are Bengal Cats Illegal Or Banned In Certain Areas?

Since 1993, the Bengal cat breed has not been fully recognized as a breed. This hybrid breed is the result of breeding a domesticated cat and a wild Asian Leopard cat.

These are some of the reasons these cats are illegal or banned in certain areas.

Because of their wild instincts, lawmakers worry that the Bengal cat breed could endanger human health. This led to bans and restrictions being placed on the breed in various US states. However, Bengal cats of the F5 and above are considered domestic felines in some states.

States In The USA Where Bengals Are Banned Or Severely Restricted

These are the US states that have strict bans or restrictions on the Bengal breed.

Bengals with F1-F4 generations are not allowed to be owned by pet owners in this state, while all generations of the breed are prohibited in New York City.

Georgia’s law prohibits Bengal cats. However, permits can be obtained if the Bengal cat is older than F5 or F6. All hybrids of non-domestic cats breeds are prohibited by the state law.

Since 2007, strict rules have been set by the State of Iowa regarding Bengal cat ownership. Although you can still have a Bengal cat, it is not permitted to own one. It takes a lot of work to obtain a permit.

Alaska requires that you obtain a valid license and proof of your cat’s ancestry. Bengals must also be F4 or above.

Delaware has banned hybrid breeds such as Bengals and requires that exotic animals be licensed by the State.

Connecticut is home to the Bengals.

In Indiana, Bengal cat owners must obtain a permit for F1 generation.

The State of Colorado bans Bengals in the early generations, specifically F1 through F4 generations.

California has strict regulations regarding Bengal cat ownership in the F1 and F2 generation . It also prohibits the declawing of the breed unless absolutely necessary.

The State of Hawaii prohibits the ownership of Bengal cats, regardless of their generation.

Some Interesting Facts About The Bengal Cat Breed

The Bengals rank among the top five most popular cat breeds. They are approximately eight to seventeen pounds and can reach 17 to 22 inches without the tail. They can live for between 10 and 16 years. Kittens can be expensive, especially if purchased from reputable breeders.

These are some fascinating facts about Bengals

Because of their unique appearance and muscular bodies, Bengal cats are a favorite among cat lovers. Because they are playful, intelligent, and affectionate, they are one of the most loved cat breeds in the world. While this breed is legal in certain countries and states, there are restrictions in the U.S., especially for those who are more than four generations old or if they have a connection to the wild Asian leopard cat. 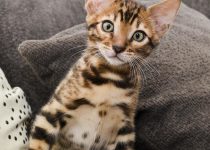 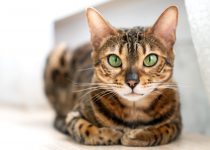